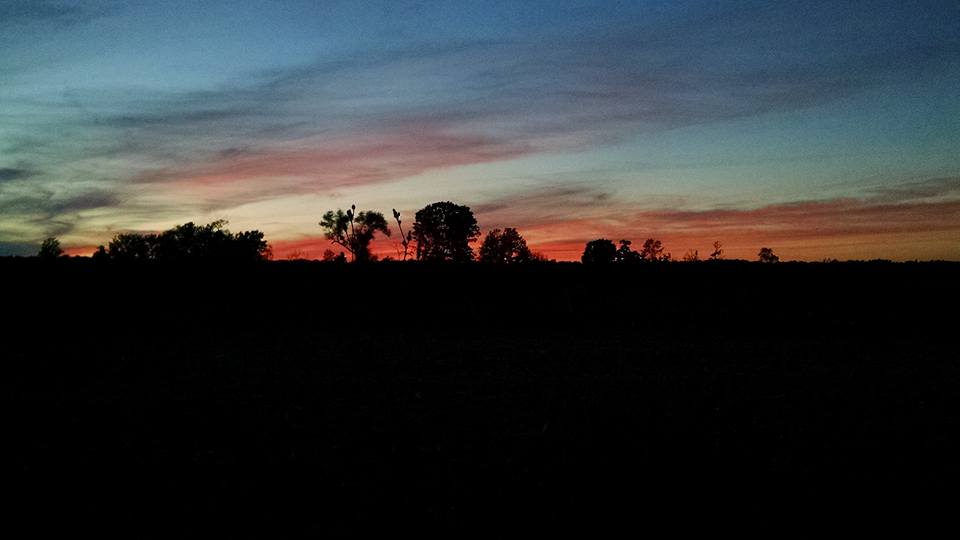 This past weekend I attended a Geocache event with my bff MsBirder at Letchworth State Park.  I am not a geocacher, she is.  She told me that there would be hiking and exploring new areas of the Park that we have never seen and I would enjoy it.  After a bit more convincing I decided to tag along with her.

If you don’t know what Geocaching is, please go to Geocaching.com and explore the site and try it!  It really is a lot of fun to walk around in circles, putting your hands in places you can’t see into and sometimes you even find something really cool.

We started the day off meeting new people and MsBirder received a lesson on how her new Garmin works.  MsBirder’s friend, Terry, hooked up with us and we drove to the first cache in Terry’s car.  I realized I left behind my hiking poles in MsBirder’s car and wasn’t too worried, but then we arrived at the creek.

The cache was across a little stream.  We walked across just fine, found the cache and started back over the creek.  That is where my real adventure began.  Yup, I fell in.  In the deepest part.  I was wet, very, very wet.  Luckily, the only thing bruised was my ego.  I’m not one to go lightly on the dramatics, so immediately I told MsBirder I wanted to go home.  I was huffy and puffy and even I didn’t think I was very mature.  MsBirder and Terry worked out a plan that I could drive MsBirder’s car home and Terry would bring her home later OR I could use the change of clothes MsBirder had in the car and carry on.

I wanted to go home.  I was wet and miserable.  I was angry at myself for forgetting my poles in MsBirder’s car, I was angry that I wasn’t more careful and frankly, I was embarrassed.

We got in the car and headed back to MsBirder’s car, all the while they were asking me over and over and over if I had a change of heart.  They wanted me to stay and stick it out, at least through lunch.

On the short car ride to the parking lot, I mulled it over and over in my head.  Why did I want to go home when an option to stay is there?  What would I do if I fell into a creek on the Appalachian Trail while 1000’s of miles from home?  I couldn’t just get in my car and pout and go home.  If I want to thru hike the Appalachian Trail, I’m going to have to learn how to adapt to my situation and muddle through it and make the best out of my circumstances.  Also, MsBirder is my bff, I can’t let her down!  I am a strong, wild woman!

“FINE!  I”ll stay!”  Wow, they were so excited!  MsBirder has known me a long time, so she was skeptical that I meant it.  But, I changed into dry pants and socks (luckily that was all I needed) and had lunch and participated in the rest of the event.  Every time I thought that “this cache will be the last for today” MsBirder put on a pout and sweetly explained “but the next cache is only .25 miles away…”  How could I say no?  That is not what a bff does.  MsBirder and I went on to have a “big day” or something like that.  I think we found 6 different kinds of caches.  I think I may be a Geocacher now!

I will say, I am so glad I stuck it out.  After the event, Terry even said she would have gone home if it had happened to her!  There is something inside of me that is strong, stubborn and powerful.  My —- “of course you failed, you always fail” way of thinking has got to stop.  I subconsciously started this day imagining going home early.  I had a reason to go home early.  I didn’t.  I’m stronger than that!

Slowly, ever so slowly I am making plans in my head.  Some might call my plans dreams.  Well, so be it.  As always I’ve come to a stand still in my training.  It is a predictable predicament.  In the past I have made goals, announced my intentions and them – BAM – I freeze into pillar of stone with a head full of doubt and a feeling of failure.

I dig deep into my brain to understand
why when I set a goal, start towards it I drift away of the very thing I so desperately desire.

Learning to forgive myself for my lateral throws that get me nowhere is a personal goal.  It seems like progress, but we all know it’s just fluff.  I’m sidestepping to avoid

Reading articles of the successes and failures of others that have/had the same goal as I do,thru-hiking the Appalachian Trail, prepares my mind, gets my adrenaline flowing and makes my mouth water for the taste of trying!  I examine articles and webpages to research the purchase of proper gear.  It is quite to fun to shop for the gear I will require to hike this trail.  My recent purchases include: backpack, tent, sleeping bag, water purification system and (woohoo!) sock liners. 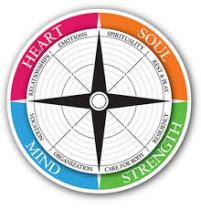 was a goal that I accomplished.  That’s at least a first down if this were a football game.  Now I need a touch down.  I won’t forget my compass.  I just need to stand still a second, look at my compass and it will point me the way to success.  Trailchaser2020, I forgive you for these so called lateral throws.  It keeps the game interesting.